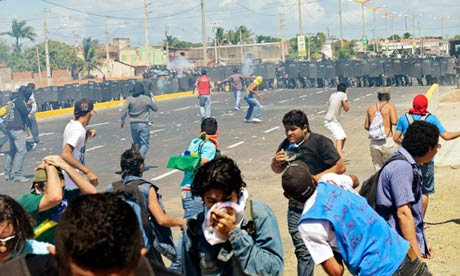 Money stat:
While 133,000 people in Fortaleza live in extreme poverty, 1/3 of them without any sanitation services, the city spent $230 million to renovate the local soccer stadium.
Posted by rn at 12:45 PM

Robert,
Do you have any insight or commentary on the redevelopment efforts of these communities and local business after they relocate? How do local entrepreneurs and business "get on their feet again", and connect with former costumes in their new location?