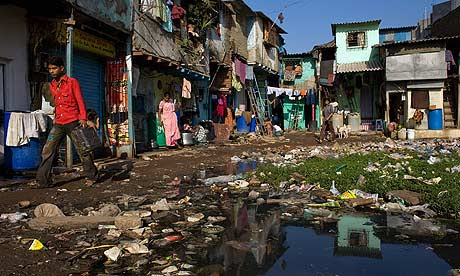 Writing in The Guardian, Adam Werbach, the former head of the Sierra Club, endorses squatter savings schemes and do-it-yourself development through the informal economy as the way forward for the megacities of the developing world. "Who will fix this?" a squatter asks rhetorically as she imagines the monsoon rains that will flood her newly-tiled home next year. "It is we, ourselves."
Posted by rn at 3:08 PM 2 comments:

140 characters in search of Caracas

Francisco Toro writes on his blog on the New York Times site that 600 squatter communities in the Venezuelan capital have joined a non-profit called Radar de los Barrios, which uses Twitter to help neighboring communities communicate. “Working-class settlements here don’t communicate much with one another,” the group’s director, Jesus Torrealba, said. Community activists often have little insight into what is happening in the next barrio just a few miles away. Twitter cuts through this isolation, helping create a network among independently minded activists who contest the government’s policies.

Toro, who identifies himself as "opposition-leaning-but-not-insane" also blogs at Caracas Chronicles, and has written that "one of the more difficult things about my job is communicating to a First World audience that unmistakable taste of sheer thuggishness the Chávez government leaves in your mouth."
Posted by rn at 2:36 PM No comments:

the wierd turn pro in Rio 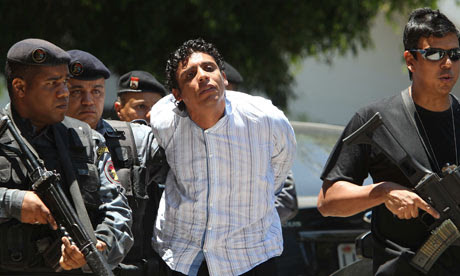 Nem -- aka Antônio Francisco Bonfim Lopes -- the dono do morro of Rocinha, was captured this week by police in Rio de Janeiro. It's a wacky story (The Guardian offers details): the local drug gang boss tried to flee the favela in the trunk of a car. And his bodyguards apparently told the cops they were African diplomats.

According to the article, police claimed that Nem's drug trade in Rocinha involved "200 rifle-toting soldiers who were responsible for selling some 200kg of Bolivian cocaine a month" and brought in an annual fortune of around $57 million.

Of course, my time in Rocinha was a decade back, so I can't really talk about current reality (though, given what I've read about recent coke busts, the value given seems absurdly high.) But, a friend has pointed out that the police are about to occupy Rocinha in a highly publicized putsch, which probably means that the local cops were no longer going to be able to take their traditional pay-offs from the drug lord. Add to this the fact that Rio is desperately trying to clean its image in preparation for the World Cup and the Olympics, and the bust seems like a pretty shrewd PR move.

If anyone from Rocinha reads this, please let us know what's going on.
Posted by rn at 6:52 PM 2 comments:

The UK government has fast-tracked its attempt to change the law to make it easier to evict squatters, and the proposal is set to be debated tomorrow. The charity Housing Justice opposes the Cameron Administration plan. Money quote: "The existing law already allows for the fast track eviction of squatters if the displaced occupier needs the home to live in....The proposed amendment is particularly worrying as it will mean that all of the people currently living in squats will be committing a crime should it come into law. This will create a situation in which tens of thousands of people nationwide stand to lose their home." Independent Catholic News has details.
Posted by rn at 6:51 AM 1 comment: