WorldChanging's Ethan Zuckerman takes on my book Shadow Cities. Critical but fair. Check it out here.
Posted by rn at 7:55 PM 8 comments:

John Gravois has written a cogent and much-needed take-down of Peruvian free-marketeer Hernando de Soto. De Soto's books The Other Path and The Mystery of Capital did much to call attention to the promise and possibilities inherent in squatter communities and they garnered great press in the U.S.. But his simplistic mechanism for empowering squatters -- providing title deeds and stepping back to watch their communities become wealthy -- has a spotty record where it matters most: in the squatter communities themselves.
Posted by rn at 11:28 AM 6 comments:

This one's in Portuguese, from the news agency of the Estadao group.

Essentially, the article says that 500 military policemen have occupied Rocinha after a shootout with drug dealers. Police arrested three (one minor and two young men) and seized two radio transmitters, a rifle plus ammo, 11 motorcycles, and lots of fireworks that are used by the drug dealers to warn of suspicious police activity in the favela. Drug traffickers from Rocinha and neighboring Vidigal have been warring for almost a year, in a battle that has claimed ten lives.
Posted by rn at 3:52 PM No comments:

But what is the project?

Kenyan Lands and Housing Minister Amos Kimunya told the East African Standard newspaper on Jan. 7th that the 'upgrading' of a section of Kibera will begin this spring, with construction of 720 units to house 70,000 people. Those numbers sound unrealistic (ten people per apartment?). And, of course, there's the nagging but all-important question of what the new units will look like, who will own them, who will live in them, and what the rents will be.
Posted by rn at 3:33 PM No comments:

the blog of an Indian Journalist

Dilip D'Souza is a writer who lives in Bombay and is chronicling the death of some of the squatter communities, along with a host of other issues. Go to his blog, dcubed, and check out the listings for Ambujwadi, a squatter community in Malad, a neighborhood about 45 minutes or so from downtown Mumbai.
Posted by rn at 8:18 AM No comments:

'We won't leave this place'

The Mumbai tabloid Mid-Day has some stories and photos regarding the outrageous demolition of squatter encampments in the city
'We won't leave this place'
Posted by rn at 6:42 PM No comments:

I was on the public radio show Marketplace on Jan. 25th. An audio file of the interview should be available here:
A world of squatters?
Posted by rn at 8:29 AM No comments:

Driven from their land
Posted by rn at 8:33 AM 1 comment:

Squatters suffer in plan to turn Mumbai into Shanghai

I missed this when it came out just past New Year's: 200,000 squatters (a lakh is 100,000) pushed out to make way for real estate development. It's a war out there: the government of Maharashtra (the state that includes Mumbai) making war on its own people.

a few other news reports offer more context on the rapidity of the demolitions and the controversy that surrounds the move:
NDTV

Frontline
Posted by rn at 8:52 AM No comments:

A front page article in Wednesday’s New York Times (LINK) pointed out that, despite major expenditures on infrastructure in the Iraqi city of Basra, people there have yet to experience any benefits.

This makes a point I have been thinking about for months, that the people in charge of reconstruction in Iraq, or aid in any desperate region of the world need to learn to


What does this mean? Here’s an example: In mid-December, as attacks on civilians and armed forces in Iraq mushroomed, the U.S. Army Corps of Engineers made a splashy announcement: the $4.9 million renovation of Basra International Airport would be complete by July 2005. "Once the airport opens," an Army press release declared, "the tourism industry will find a welcome home in Iraq."

Talk about getting ahead of yourself. Life is a struggle in Iraq. Violence is rampant. Families are squatting in abandoned buildings. Electricity production has fallen below pre-war levels. In many neighborhoods, ponds of raw sewage cover the streets and garbage is seldom collected. Yet the U.S. is crowing about reconstruction work that the average Iraqi will never see.

The Basra airport renovation, the project to build a modern container port at Umm Qsar, the plan to refurbish railway stations in Southern Iraq: these projects may sound good to Washington’s armchair warriors, but they will likely not go over well with the general public. Despite the new, state-of-the-art stations, who in Iraq will ride the trains if they become targets for insurgents? Will any Iraqi cheer the modernization of the port of Um Qasr, or will people simply see it as proof that the U.S. wants a more efficient way of capitalizing on trade with the oil-rich country? Will the mass of Iraqis who don’t have enough dinars to feed their families feel good about the renewal of Basra airport? As the Times article suggests, shoring up water and sewage treatment plants will seem meaningless if people don't receive real benefits: cheap, easily accessible drinking water and fewer fetid pools of sewage in the streets.

The average American (and certainly the average Pentagon war planner) has no idea what it’s like to live without electricity or running water or toilets or sewers —- but the world’s squatters know. There are a billion squatters in the world today, approximately one in six people on the planet. They know how to build strong communities the hard way. The squatters carry water, food, and construction materials on their backs, sometimes over vast distances, so they can create their neighborhoods. The pool their money and invest in their communities. They do all this because they believe their work will give them a future.

Many of my friends in squatter communities across the globe are dismissive of the big ticket projects that governments and non-profits love to discuss. They know that these big ideas often have little impact on their lives -- and sometimes actually make things worse. The airports and harbors and train lines and other big projects may become important down the road. But, if the U.S. wants to cut a better figure in the world, it might want to scrap its super-sized strategy and instead concentrate on making small but crucial changes on the streets where people live.

That would be thinking like a squatter.
Posted by rn at 1:58 PM 10 comments:

A new review from the history news network

Nicholas Birns reviews Shadow Cities
Posted by rn at 11:19 AM No comments:

Life in the Shadows

Allafrica.com, a news site, is featuring Shadow Cities
allAfrica.com: Life in the Shadows
Posted by rn at 11:34 AM No comments:

A horrible post-holiday fire in Mathare

Fires are always a danger in the mud hut communities of Nairobi. Without running water, residents are reduced to arranging bucket brigades to douse the flames. On January 5th, a tragic fire hit Mathare, a large squatter community in Nairobi. Of course, if the city would run water to neighborhoods like Mathare, the danger of deaths due to fires would be greatly reduced.
K B C
Posted by rn at 10:53 AM No comments:

Where's the justice in this: squatters pay more for water

As I reveal in Shadow Cities, squatters in Kibera, Nairobi's largest mud hut community, pay as much as 20 times more for water than the city's well-to-do residents pay. For people who earn subsistance wages (some Kibera residents support their families on little more than a dollar a day), this is an outrage. It's good that the IRC International Water and Sanitation Centre is working with an informal collaborative of water kiosk owners to discuss ways to lower prices and improve quality.


Water vendors in Kibera
Posted by rn at 1:37 PM No comments:

Squatters in The New York Times

In Shadow Cities, I show that squatters have always existed as urban developers, even in cities like New York, which seem completely enslaved to the real estate lobby. This piece is a condensation of a much broader section about squatters in city history.

This 5-year-old article, published by UNESCO, reports that perhaps 1/4 of the residents of Shanghai, China's "city of opportunity," are squatters.

A more recent article, from September 2004, highlights some of China's attempts to crack down on squatters:

Shenzhen Daily
Posted by rn at 8:07 AM 3 comments:

Here's an article from the Times of India showing how much squatters care about their communities, no matter how precarious their perch. The squatters in this area--Borivali National Park in Mumbai--are living under the threat of mass eviction. Nonetheless, they are petitioning the government to crack down on small-scale illicit distilleries operating in their community.

There's also another angle here: politicians angling for the support of the squatters. In late 2003, when I left Mumbai, there were perhaps 40,000 families still living in the Park, making squatters in this one neighborhood a serious voting block. Vidya Chavan, who led this protest, was until recently an official of the Janata Dal party, and has a history of vying with other liberal or left political entities for the sympathies of these squatters.

The Times of India
Posted by rn at 2:21 PM No comments:

Squatters a topic on the Leonard Lopate show (WNYC in NYC)

I was interviewed by Leonard Lopate on WNYC Radio this afternoon.

Get to know Routledge

For a description of my book, and ways to learn more about others published by Routledge, here's a link.

Welcome to Routledge
Posted by rn at 10:57 AM No comments:

Here's an article that offers a bit more context and hints at the connections the drug gangs have in outside the favelas and even in government: 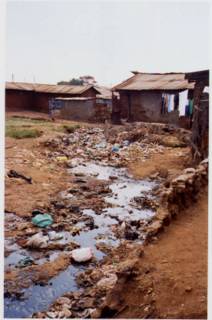 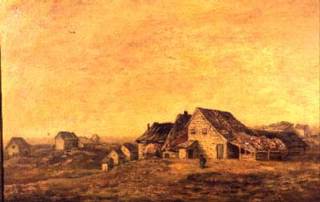