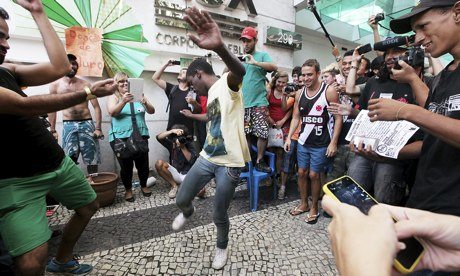 Brazil has, in recent years, reduced poverty, mostly through a system of cash payments known as the bolsa familia. Still, the elite and the authorities have got to understand that more must be done--including true social acceptance and integration. As one activist told the Guardian, "The movement aims to denounce inequality and open opportunities for the poor to come to places like this. It's not about stealing or destroying, it's about getting back to the idea of having fun."
Posted by rn at 9:55 PM

Very laudable initiative, it raises social responsibility and gathers people despite the differences.